The present day village of Quidenham traces its history as far back as the Roman occupation of Britain. It is notable for its association with Boudicca, “queen” of the Iceni. Boudicca was almost certainly active in the locality as part of her bid to drive out the Roman invader, although the attribution of a nearby mound to the place of her burial is questionable.

Quidenham received its first written, historical mention in the Domesday Book, where we learn that it belonged to a certain Guy, or Guido. A later record, attempting to explain the name ‘Quidenham’, writes: “[Quidenham] undoubtedly signifies Villa Guidonis, or the country seat of one Guido or Guy, but who he was we know not…” In effect, the name probably derives from an Old English word ‘cwide’, thus giving us ‘Cwiden-ham’: the dwelling place of Cwide. 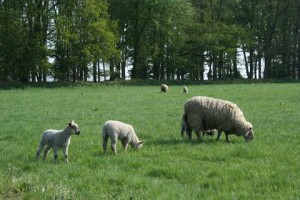 There are, of course, no visible traces of this early dwelling. However, parish records covering land transactions through the 13th and 14th centuries speak of a family called De Quidenham having inhabited the site from the time of Henry II (r.1154-1189). Then, as now, it seems that part of the area was common land, used as pasture for sheep, but there were also units of property known as ‘manors’, implying a permanent building of some sort. One such ‘manor’ belonged to a family called De Ponte ad Quidenham or Atte Brigge. The bridge alluded to in this name, together with the road leading from it, is still in existence, although thoroughly reconstructed round about the eighteenth century. At the time it spanned a substantial river – now reduced to a mere trickle due to choking and erosion – and has been the site of several interesting archaeological finds. Coins, in particular, not only testify to longstanding Roman presence in the area but go back in English history to the time of Edward I. 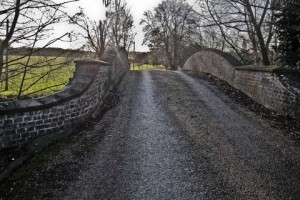 The family Atte Brigge inhabited Quidenham manor until 1497 when, for unexplained reasons, they sold it to the Bedingfeld family, whose descendants would remain there for the next 170 years. The house occupied by the Bedingfelds, situated on a rise of land above the river, would become the site of the monastery church when the Carmelites arrived 500 years later. However, a relic of their tenure remains in the old, walled kitchen garden with its centrally positioned sundial, which dates back to that time. 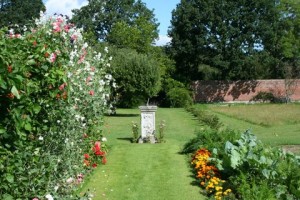 During the difficult years of religious ferment in England following Henry VIII’s break with Rome, the Bedingfelds remained staunchly Catholic in belief and practice. They seem to have weathered the reigns of Henry and his aggressively Protestant son, Edward VI, without drawing undue attention to themselves but, after Edward’s death, became prominent supporters of the Catholic Mary Tudor, who had escaped to her property in the adjacent village of Kenninghall on learning of the decline in her half-brother’s health. When Mary set out from Kenninghall to claim the throne in 1533, the Quidenham Bedingfelds were among the small group of local supporters who accompanied her to Framlingham Castle on that occasion. 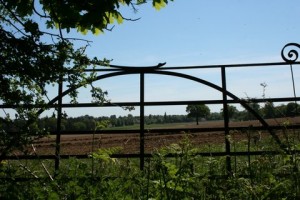 During the reign of Elizabeth I, however, the family experienced a change in its fortunes as Elizabeth’s ministers began to apply increasingly tight, religious conformity measures. Forced to pay exorbitant fines for the freedom to attend Catholic worship, by 1572 the last of the Bedingfeld owners of the property, Humphrey, was obliged to sell off the manor to a certain Protestant gentleman: John Holland. Humphrey himself was temporarily incarcerated in Norwich Castle for his faith and ended his days under house arrest. 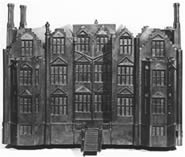 John Holland, the new owner, was chief steward to the Howard East Anglian estates. It would appear that he himself was content to live in the old Bedingfeld manor house. But the family at this time was ‘upwardly mobile’ and his son and heir, Thomas (1578-1626), after receiving a knighthood from James I, decided to build on a grander scale. It was he who began the construction of the present building, completed in 1606. Although much of the original is now concealed by later additions, we still have a good idea of what it must have looked like due to the existence of a contemporary scale model in wood, thought to be an architect’s model, which is now on permanent loan to the Norfolk Gressenhall Museum. This new building, Quidenham Hall, remained in the hands of the Holland family until 1740. One of the most remarkable members of this family was Sir John Holland, Bart., (1669-1724) a man of ability and some standing in Norfolk, who went on to take a Whig seat in Parliament and who, for a while, exercised the office of Comptroller of the Household and became a member of the Privy Council. 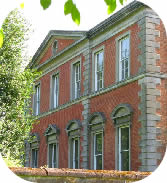 By 1740, however, the Holland line came to an end with Sir John’s granddaughters, Isabella Diana and Charlotte Holland, who were the sole, survivng heirs of the estate. Persuaded to sell it off, the Hall then passed into the hands of a wealthy merchant, John Bristow (1701-1768). Bristow had made his fortune in the Portuguese wine trade and was a prominent member of the South Sea Company. He, too, like Sir John Holland, had entered Parliament, where his financial acumen proved invaluable to Walpole’s administration. (His daughter, Frances, married Sir Robert Neave, later Governor of the Bank of England.) During his tenure of Quidenham Hall Bristow made the first, significant alterations to the external appearance of the house with the addition of a handsome East Wing in Palladian style and an impressive West portico, supported by massive Doric columns, both of which remain the outstanding features of its façade today. 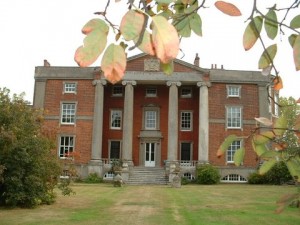 Following the great Lisbon earthquake of 1755 Bristow ran into financial difficulties and decided to sell off the house once again. It was at this point that Quidenham Hall passed into the hands of the Keppel family.

George Keppel, the 3rd Earl of Albemarle, who had distinguished himself as Commander-in-Chief at the siege and capture of Havana in 1762, the last major action of the Seven Years War, was able to purchase the property with the prize money he won on that occasion. This was the beginning of a long tenure, with Quidenham becoming a family home for the Earl and his heirs and remaining in their possession until 1948.

The Earls of Albemarle were descendants of Arnold Joost van Keppel who came over to England from the Netherlands as a page to William of Orange when the latter, together with his wife Mary, gained the throne after the Glorious Revolution of 1688. A favourite of the new king, van Keppel became both Groom of the Bedchamber and Master of the Robes and was eventually rewarded with the title of Earl in 1697.

Following the social upheavals of the First and Second World Wars, it became impracticable for the Albermarle family to continue in possession of the house and Quidenham Hall was again put up for sale in 1948. It was purchased by the Carmelites of Rushmere, a small village in Suffolk, who were at that time in need of a more suitable property. Some time afterwards they were joined by nuns from two other Carmels and these three communities together laid the foundations for the community living there today. Standing in extensive grounds, surrounded by 142 acres of wooded plantation, pasture, and arable land in the heart of the Norfolk countryside, the old Hall, now a monastery, provides a beautiful setting for the life of silence, solitude, enclosure and prayer characteristic of the Carmelite vocation. Its beautiful church, consecrated in 1957 for the use of both the nuns and the outlying Catholic parish, was built on the site of the original Bedingfeld house and still incorporates some of the old timbers that supported the earlier building, speaking of a continuity of history in both faith and time. 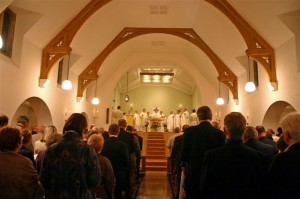