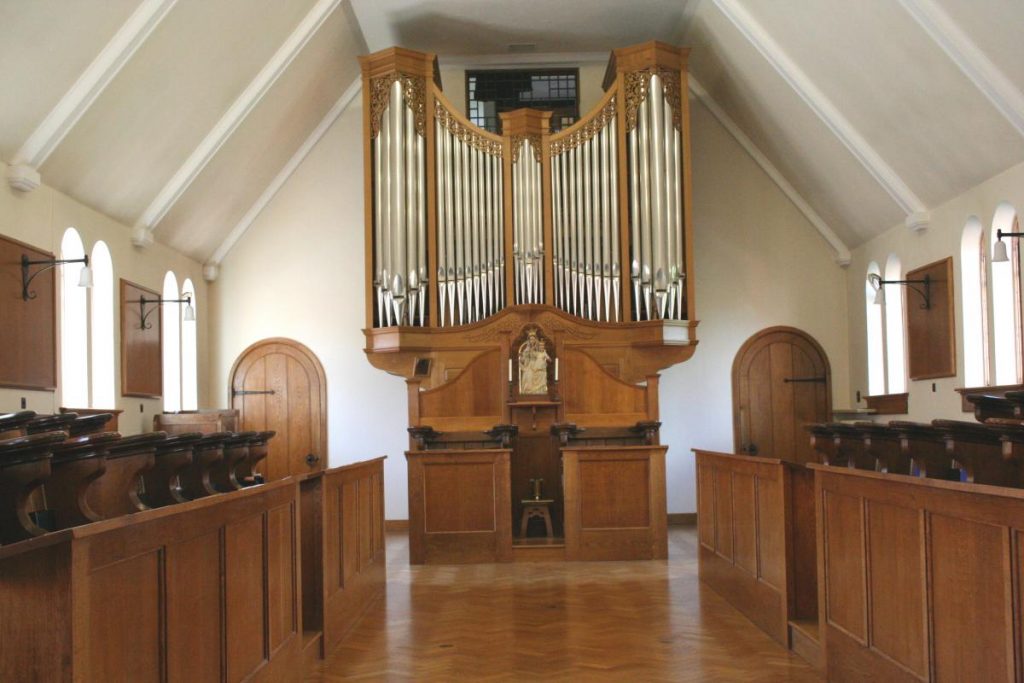 The organ, a gift to the community from Mr and Mrs Alec Banks, accompanies the Mass and major Offices and makes it possible for our lay congregation to participate in public services on Sundays and festivals. It was built by Richard Bower of Bower and Co., Weston Longville, Norwich. Intended primarily to sustain the singing of the Sisters, the organ has two manuals and pedals, with eight speaking stops on the Swell and ten on the Great. 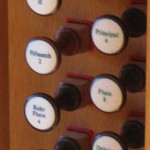 The organ is used regularly for voluntaries and more ambitious works, particularly on Sundays and festivals. It has been the feature of musical recitals on several occasions and makes an important contribution to occasions of particular solemnity, such as Religious Professions, anniversaries and funerals. 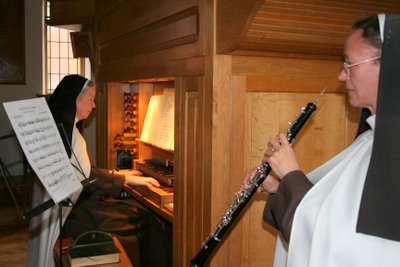 A second organ in the nave of the main church is linked electronically to the main organ so that singing can be coordinated between congregation and choir from a single console. The construction of both these organs has been designed to harmonise with the structure of the building aesthetically as well as acoustically, adding an upward sweep at the visual level that mirrors the prayer and praise they accompany. 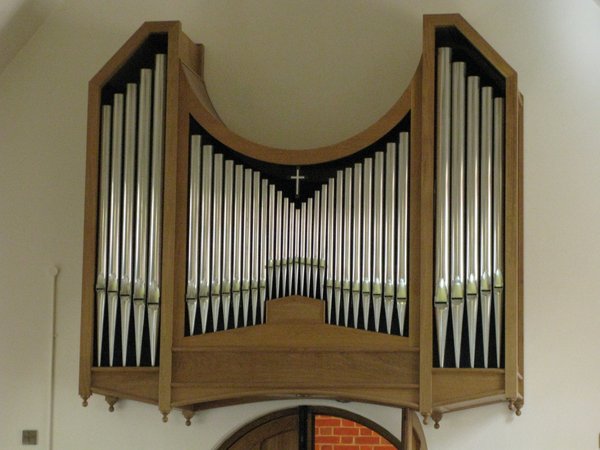